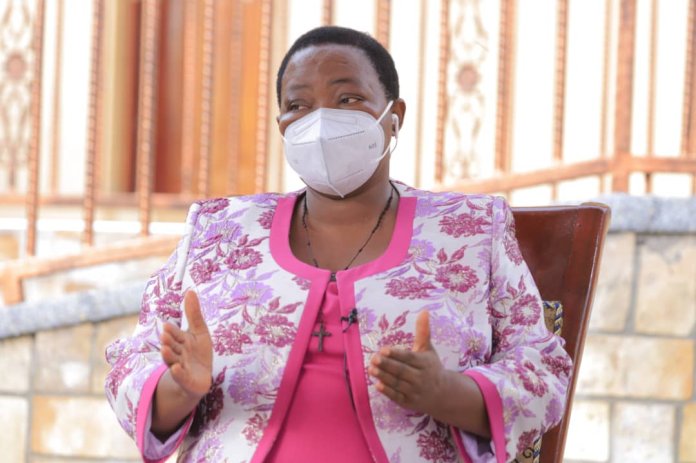 Government has announced it will offer support to the families of the Tuesday twin bombing in Kampala that killed four civilians.

In her address, without divulging details, the Prime Minister announced that the government shall offer compassionate support to the affected persons.

“As government, we offer our sincere condolences to the affected persons, and we shall offer compassionate support to those who were affected,” Prime Minister told parliament.

She also maintained that calm has been restored adding that Uganda is safe for all. Nabanja condemned the attack describing it as a cowardly act against soft targets.

Following the attack, the security taskforce has issued strict guidelines to ensure safety and avert further attacks in the country.

” The terrorists invited us and we are coming for them,” said the President shortly after the attack.

He revealed that since the attack on Gen. Katumba in June, 2020, security have killed seven (7) terrorists while resisting arrest, eighty-one (81) have been arrested; and three have been killed by the bombs they were carrying.

The head of state named those killed since the Gen Katumba attack as Nsubuga Mohammed, Manihaji, Moses Mudasiri (the one of Tuesday), Master Lubwama, Juma Saidi, Serwadda Juma; and Amin Kawawa Mustapha.

President further maintained that apart from hunting the terrorists, the country’s strategy of vigilance (alertness), is fast helping to minimize damage.