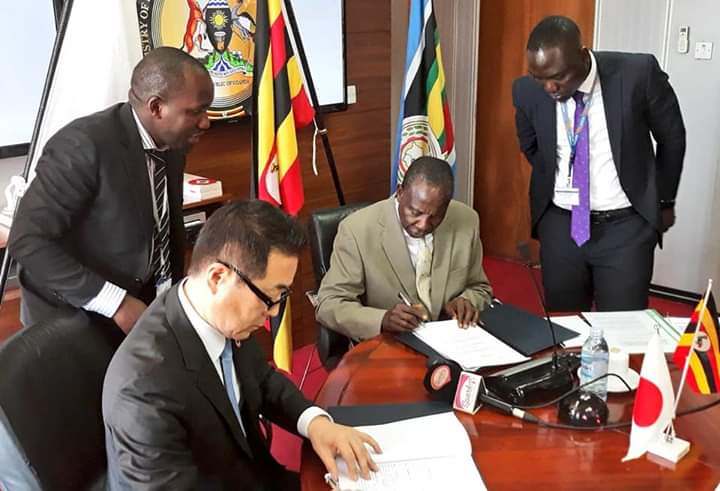 Minister of Finance Matia Kasaija today signed exchange of notes and grant agreement for “The project for the improvement of traffic control in Kampala city (detailed design)” worth 2.9 billion Shs between the Government of Uganda and the Government of Japan.

Kasaija thanked Japan and welcomed the project which he said will ensure smooth and stable traffic flow in Kampala city through construction of the traffic control centre and improvement of 30 critical junctions with signalized intersections.

The Minister said the grant agreement for the main component of the project between the two governments is expected to be signed by the end of the year 2019.