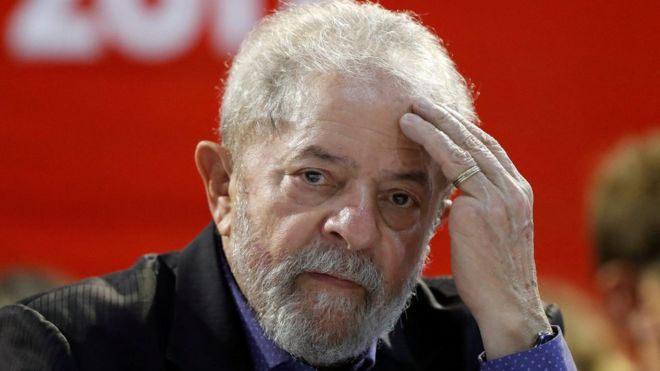 Former Brazilian President Lula’s jail term for corruption has been extended by a further 12 years. Sputnik spoke with Octavio Luiz Motta Ferraz, Stdent  in Transnational Law at King’s College London, to find out whether this is justified or is Lula merely the victim of a changing political climate in the country.

The explorer brings you key incites from their conversation that highlight an academic point of view of the circumstances surrounding the issue.

Sputnik: Is the extension of Lula’s prison term justified or is he a victim of political persecution?

Octavio Luiz Motta Ferraz: My own view is that this conviction is problematic, and not just this one, but the previous one as well.

It seems to me that it is based on a much more rigorous interpretation of criminal law in Brazil than is usually applied, and also ignores some important elements that are normally required to convict someone of corruption.

On the other hand, there are people who believe that this is a good improvement in Brazilian criminal law against corruption because in the past the law was too lenient.

Depending on what angle you look at it, you can reach different conclusions. As a lawyer myself, I believe that things should be done according to due process, and I think that the sentence and more rigorous approach that Brazilian judges seem to be taking now, is problematic from that aspect of due process.

There is also the perceived bias against Lula, a politician from the left and you don’t see the same rigorous approach being implemented against all politicians.

There are a couple of other politicians in jail from more centre-right parties, but in their cases the evidence of corruption was much more overwhelming than in Lula’s case, so there are these two aspects where I think it makes the conviction of Lula problematic, the rigorousness and the interpretation of the criminal law, and the perceived bias against Lula.

Sputnik: Will Bolsonaro be a good president for Brazil going forward?

Octavio Luiz Motta Ferraz: As a human rights lawyer, I cannot be very happy with a president who believes that torture is fine, that killings during the dictatorship were actually low, and who is openly against the rights and non-discrimination on minorities.

From that human rights aspect, I think that things are going to get much worse in Brazil with Bolsonaro as president.

Thinking about the corruption aspect; it remains to be seen. His minister for justice and public security has just released his ideas and programme for making criminal law tougher against corruption, and it still has to go through Congress and be approved, and the politicians in Congress are obviously not interested in making their lives harder.

It will be interesting to see whether it will have the strength to make these tougher anti-corruption laws pass and become law in Brazil.