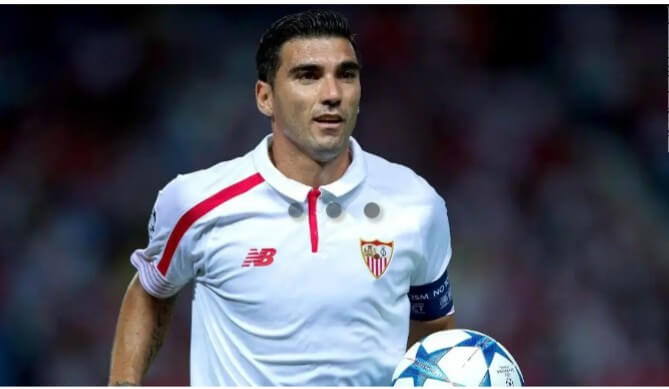 The Spaniard football star died when the vehicle he was travelling in crashed on a road between his home city of Utrera and Seville. His cousin, Jonathan Reyes also died.

Reyes made his senior debut for Sevilla at age 16 in 2000 before moving to Arsenal in 2004, where he was part of the “invincibles” that won the Premier League that season without losing a game.

“We couldn’t be announcing any worse news. Our beloved former youth player Jose Antonio Reyes has died in a traffic accident. Rest in peace,” said a statement on Sevilla’s official Twitter account.

He became a household name as a young player for playing for Sevilla, where he began his career. He made his professional debut for the club in 2000, at the age of 16.

He would eventually be signed by powerful football clubs around Europe, including Arsenal, Real Madrid and Atletico Madrid.

Arsenal tweeted that everyone at the club was “devastated” by the news, saying Reyes was “a hugely popular figure at our club,” who would “always hold a special place in our hearts.” 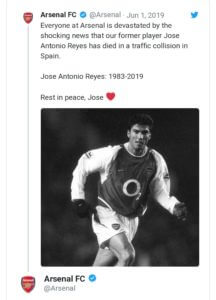 Reyes won 21 caps for Spain and played in the Premier League for Arsenal between 2004 and 2007. He was currently playing for Segunda Division side Extremadura.

He played a season on loan at Real Madrid winning the La Liga title and spent four years at city rivals Atletico.

He returned to his boyhood club Sevilla in 2012 going on to lift three consecutive Europa League titles between 2014 and 2016. He spent a season at Espanyol and then Chinese club Xinjiang Tianshan Leopard before returning to Spain to join Extremadura in January.

Reyes leaves his wife Noelia López, whom he married in June 2017, and three children: daughters Noelia and Triana and son José Antonio Jr from a previous relationship.

The Internet and Mass Protests