FOREIGN POLITICAL INTERFERENCE IS A THREAT TO AFRICA’S STABILITY 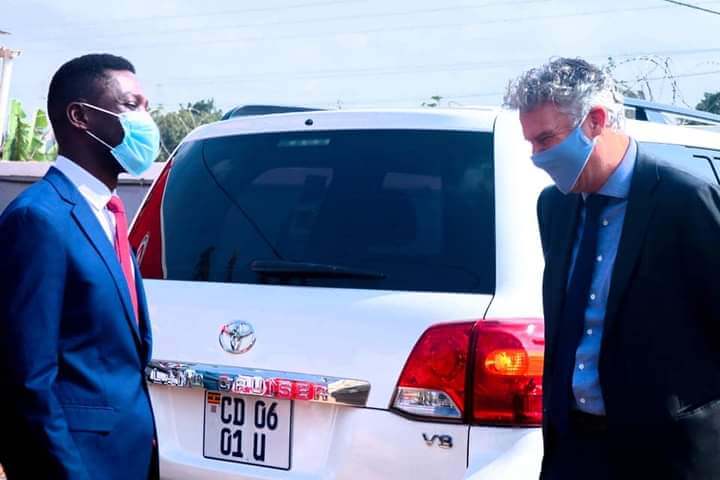 The most recent question that lingers on the peace loving Ugandans is “why are EU Delegation led by the Head of the European Union Delegation to Uganda Ambassador Attilio Pacifici interfering with the internal political processes of a country by paying courtesy calls on opposition political parties”, having started with the National Unity Platform (NUP) in Kamwokya followed by the visit to the Forum for Democratic Change FDC in Najjanankumbi and Democratic Party members at the at Balintuma Road.

Foreign governments always have sought to undermine the progress Uganda has made over the years to shape its political conditions. Most recently, foreign governments have used cyber-attacks and agitation on social media to influence the information environment in the United States and Europe.

There have been instances where foreign countries seek to keep local politicians from being elected and helping others to win by not allowing the democratic process to take its course. For Americans, the best-known case is that of Russia in 2016, which sought to keep Hillary Clinton from being elected and to help Donald Trump win.

Apart from the protectionist point of view, foreign interference in in domestic countries shapes opinion and perception and in Uganda’s case, the selective courtesy calls could easily shape political opinion and perception to the extent that Ugandans may start thinking otherwise. It could be a considered view that these are efforts by foreign powers to exploit the political differences which is posing a grave danger to Uganda’s socio-economic and political progress and, as country currently undergoing the electoral process and could result into regional instability including disruption of peace and regional trade.

Recently the Head of Delegation of the European Union (EU) to Uganda, Mr Attilio Pacifici said that they will not deploy election observers as Uganda votes in 2021. He, however, said that they will use domestic mechanisms and collaborate with the Electoral Commission (EC) and Civil Society Organizations like DGF disguising to be devising support that effectively monitor the forthcoming election, but secretly funding opposition undercover activities aimed at overthrowing the legitimate Government.

Several leaders have been against the policy of interfering in the internal affairs of other countries which is morally and practically wrong, for example why would your neighbors think that you can understand the problem in my house better than we the occupants? If there is a problem in my house, we the occupants will solve it, keep out. Take the cases of Libya and Somalia—two of many that illustrate these points. During the Arab Spring uprisings of 2011, foreign governments and organizations intervened in Libya, ostensibly to protect civilian lives, but with regime change as an unofficial objective.

Foreign intervention in Somalia, which provoked decades of instability and a terrorist insurgency, is especially instructive. After the Cold War, Western powers abandoned the Somali strongman, Siad Barre, whom they no longer needed as a regional policeman. Warlords and militias vied for power, state institutions and basic services crumbled, the formal economy ceased to function, and southern Somalia disintegrated into fiefdoms ruled by rival warlords and their militias.

In 1992, the UN Security Council authorized the establishment of a US-led multinational military task force to ensure the delivery of humanitarian relief. In 1993, another UN mission, also led by the United States, permitted military personnel to forcibly disarm and arrest Somali warlords and militia members. As the United States embroiled itself in Somalia’s civil war, it generated enormous hostility within the civilian population. As a result, when US Special Operations Forces attempted to capture key militia leaders in October 1993, and Somali militias shot down two Black Hawk helicopters, angry crowds attacked the surviving soldiers and their rescuers. Eighteen American troops and some one thousand Somali men, women, and children were killed in the violence that ensued.

Share
Facebook
Twitter
WhatsApp
Previous articleHON. ROBERT KYAGULANYI SHOULD KNOW THAT YOUTHS ARE REAPING FROM NRM PROGRAMS
Next articlePatrick Amuriat contradicts with Besigye, plans to do what failed