A total of five people were confirmed dead on Monday, December 26th, after they got involved in a fatal road accident along the Masaka Highway. 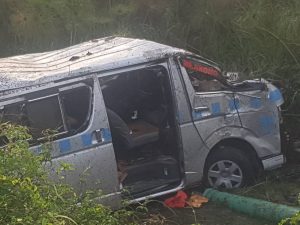 According to Faridah Nampiima, the Traffic Police spokesperson, the incident occurred at around 7 a.m. at Kibukuta Swamp on the Masaka Highway.

“The territorial traffic police of Kayabwe have this morning, December 26, 2022, at around 7:00 a.m., registered a fatal accident at Kibukuta Swamp along the Kampala-Masaka highway that claimed the lives of five people,” Nampiima said. 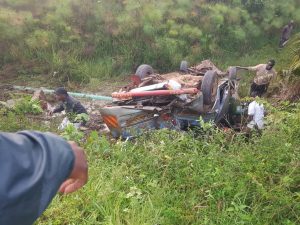 The deceased, whose identities have not been established yet, include three female adults and two male adults who were passengers in the Toyota Hiance, while also five unknown victims were rushed to Nkozi Hospital from the Benz.