FDC Unveil Their Plan for War 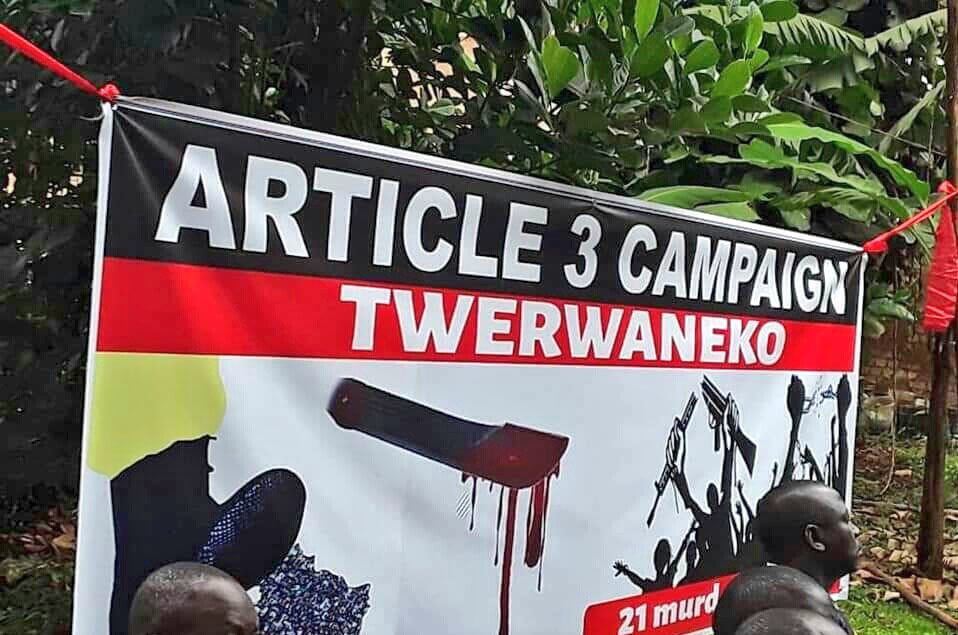 The Forum for Democratic Change has unveiled its new violent plan ahead of the 2021 elections.

The plan was unveiled by its former President, Kizza Besigye under the auspice of the People’s Government, their militant wing.

Under the campaign dubbed ‘Tweraneko’, the FDC plans to attack armed forces and police during riots before and after the elections.

On the banner promoting the campaign, there are depictions of blood soaked machetes and vigilante’s going against armed men. The gross imagery is wrong on all levels and not coincidental.

That is the path that they have chosen to achieve their aims through outright intimidation. This is the same group that pushed the Wesley Mumbere group into violence after the 2016 general elections and later abandoned them.

The plan is part of a wider campaign by the opposition to discredit the 2021 elections in the eyes of the population. It also serves as a convenient cover ahead of a poorly planned electoral campaign.

The other opposition political organizations like people power have also recently revealed their plans for violence ahead of the elections.

The FDC has of recent fallen out with many party members and also found itself under threat from the people power group.

The party has also failed to unite the opposition under a number of initiatives like the IPOD that had offered a means through which parties could peacefully dialogue.