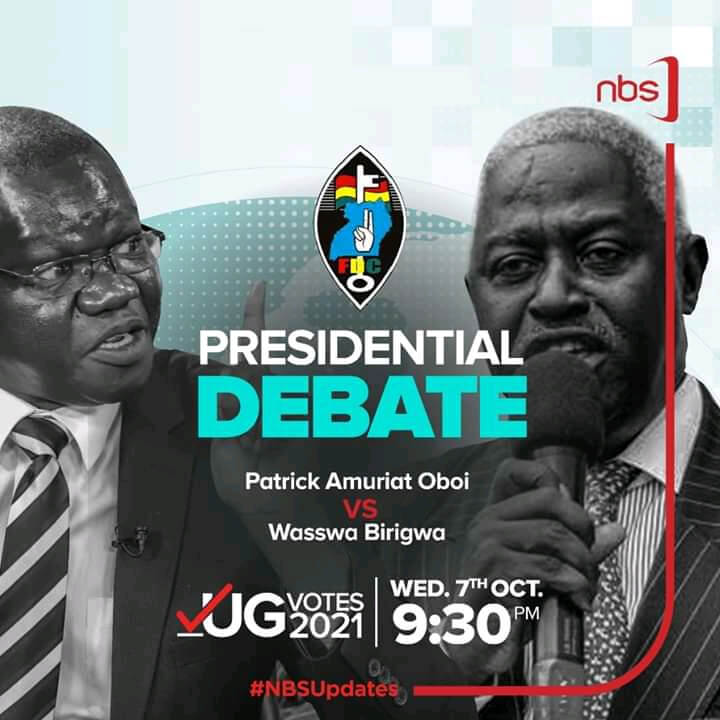 Patrick Amuriat and Wasswa Bigirwa who are competing for the the FDC presidential flag in 2021 were expected to faceoff in a live televised presidential debate to debate on several issues.

However the two candidates didn’t turn up, disappointing many.

Forum for Democratic Change spokesperson Hon. Ssemujju Nganda said that the two candidates were  exhausted from the country wide engagements in addition to organizing the executive council meeting that will take place on 8th October 2020.

Political pundits believe FDC deliberately stopped their candidates from appearing on the live televised debate to conceal their inadequate roadmap the candidates would have fumbled to explain hence exposing their weaknesses at this early stag of electioneering.

Share
Facebook
Twitter
WhatsApp
Previous articlePRESIDENT MUSEVENI WILL STILL BEAT THE JOINT OPPOSITION ALLIANCE HANDS DOWN IN 2021 GENERAL ELECTION
Next articleSad and Sorry End for Besigye As He Turns Guns to Media Houses.