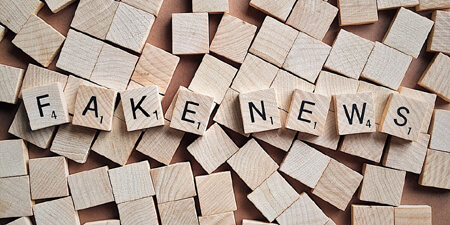 The Ugandan constitution gives immunity to people spreading false News but its high time this law is revisited to safe guard the future and stability of our Nation.

Every publisher takes pride in the ruling of Justice Mulenga where he and fellow justices on the bar declared the law against false news unlawful.

In Charles Onyango Obbo and Andrew Mwenda Vs Attorney General, Justice Oder stated that “…Exaggeration – even clear falsification – may arguably serve a useful social purpose linked to values underlying freedom of expression…A doctor, in order to persuade people to be inoculated against a burgeoning epidemic, may exaggerate the number or geographical location of persons potentially infected with the virus… a statement that is true on one level or for one person may be false on another level for a different person…The criterion of falsity falls short of this certainty, given that false statements can sometimes have value and given the difficulty of conclusively determining total falsity…such speech is protected…Adolf Hitler’s brutal theory of a “master race” is a sufficient example.

The ruling goes ahead to describe in which extent publication of false news can be dangerous. It emphasizes that if the false news may cause National threat to security it is out of order.

Currently, there are so many unlicensed News websites being used by both internal and foreign enemies in collaboration, to cause an uprising as it was in the Arab Spring or in Sudan without thinking of the consequences.

A fresh scenario of false News that became a national issue is the accident that claimed the life of Ziggy Wine and was spread as torture case to an extent that the damage still exists.

Social media users and media charlatan publishers against the current government are spreading hate, misleading and tribalistic messages to people to create contempt.

There is a website that constantly and only posts stories that can likely put Uganda in position of war with no direction.

It is unfair to the masses that consume the falsehoods and contemptuous publications as they are and the Parliament should come out to look into this issue, create a law that holds every one accountable in a bidding manner before it escalates.