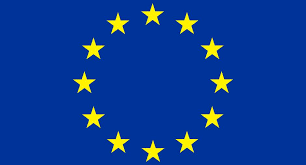 Well, when I authored a letter to the European Union Ambassador to Uganda, Amb. Atilio Pacifici informing him to tell the European Union Parliament to allow our democracy to organically grow, I received numerous feedback from different people, though majority from Civil society seem okay with the resolutions from the EU Parliament. They were all telling me how EU gives us funds to run most of our economy and braaa brrrrr! My feedback is very simple, should we give up on our sovereignty in exchange of funds?

Are we even aware that most of the money brought here as grants or loans end up being repatriated back to Europe through their companies, consultancy firms and expatriates?

They give us loans to construct roads and it is their companies and engineers that take up the contracts as well equipment and machinery, entirely from their mother Countries!  Only God knows how much they have plundered our natural resources and minerals!

Are Ugandans even aware that the economies of these European Countries largely depend on Africa’s minerals and resources as well the loans they give us? The reason they have more gold reserves yet most of this gold if not entire gold comes from Afrika!

It is very cynical and absurd for any one in Europe or America or UK to think they can fight for our rights than we can. It’s totally rubbish! What parentage or ethnicity does Amsterdam and Co have in Uganda more than Ugandans?

The problem here is over exercise of the freedoms. The rights must be enjoyed in tandem with others. Like you may have a right to enjoy a public good, but you can’t drive in the middle of the road because you have that right! You must let others do as well.

The resolutions from the European Union Parliament got me thinking and asking questions, If Uganda was to abide by their demands, would we still claim to have attained independence from the colonialists or it would be their Parliament ruling Uganda?!

The arrogance in their language does not even portray anything to do with diplomacy, words like we demand, must stop, should immediately…the Europeans sometimes forget that Uganda is a sovereign Country that should determine her own future.

They could have sown seeds of mayhem in other Countries and this could be what they wish for Uganda that some opposition seem blindfolded.  Any Ugandan praising and assisting these Europeans to dis- stabilize Uganda’s peace, must be regarded as a traitor!

Europe has done more harm than good to Afrika and it is time for Afrikaans to open their eyes and fight for liberation of the Afrikan race.

Uganda will progress stably under the NRM Government with H.E Yoweri K Museveni at the helm for the next 5 years.

Share
Facebook
Twitter
WhatsApp
Previous articleShame On You Neo Colonialism Agents, Bobi Wine and Your Family; Ugandans Bababuuse!
Next articleProfile Of US Naval Ship Sent to Counter Piracy on The East African Coast