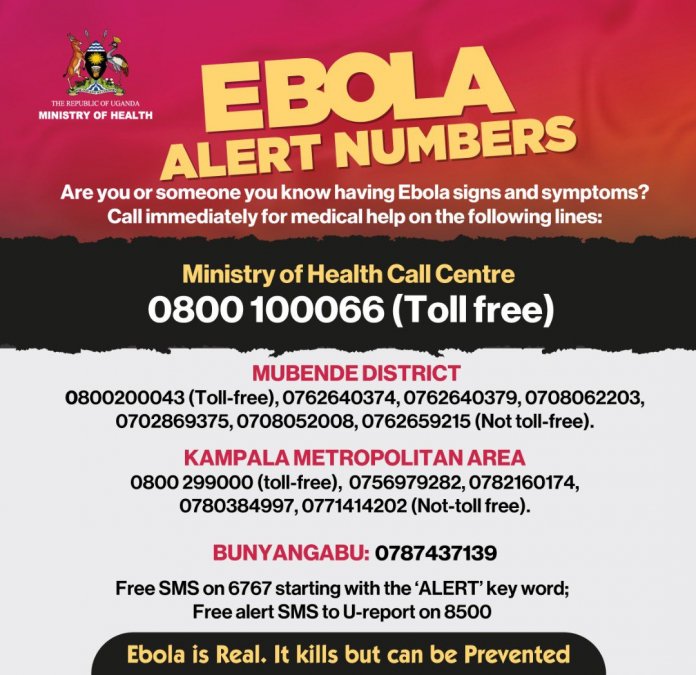 📌President Yoweri Museveni has tipped the Sudan Transitional Council to have the correct ideology and be accountable to the people they are leading so as to ensure lasting peace.

📌H.E President Yoweri Museveni while on an official visit in Zombo District at Atyak Seed School urged farmers to apply the 4 -acre farming model. The President said the model is proved to be more effective and enables a farmer to engage in a variety of farming activities such as piggery, coffee, diaryfarming and fish farming. He also promised to work on major roads like the Nebbi-Goli-Paidha road, that will ease transportation of farmers produces.

📌The Police have issued fresh guidelines aimed at safeguarding members of the public as they watch the World Cup which started today, November 20, 2022. The Kampala Metropolitan Police Spokesperson Patrick Onyango urged the public to be vigilant. Enanga said that terrorists normally have a tendency of celebrating their annivesaries.

📌According to the spokesperson of Uganda Police Force Fred Enanga, the list of successful police recruits is out. Over 1200 shortlisted candidates from the recent interviews for positions of PPCs, general duties and drivers are to report to the police training school in Kabalye, Masindi District on 28th November 2022. Enanga has  directed all RPCs and DPCs to pin a list of successful shortlisted candidates in their respective offices.

📌 The Ministry of Agriculture Animal Industry and Fisheries has handed over 930,200 doses of foot and mouth disease vaccines to 22 districts in the cattle corridor. While handing over the vaccines  to the veterinary officers of different cattle corridor districts, Hon. Minister Frank Tumwebanze cautioned veterinary officers against imposing illegal charges on the vaccines to the farmers.

📌Makerere University Vice Chancellor, Prof Barnabas Nawangwe on Saturday interdicted one of the University lecturers for assaulting his student in class.  Bernard Wandera, a lecturer at the School of Social Sciences was ordered to leave office to allow investigations into his conduct by a special committee.

📌As early as 5:30 AM, runners of the 2022 MTN Kampala Marathon had started flocking the Kololo Ceremonial Independence grounds in Kampala. The marathon drew participants from all corners.

📌Women Advocates have hailed the Court of Appeal (COA) over its ruling on unpaid care and domestic work which was availed in a divorce case filed by Jackline Aserua against Joseph Ambayo. “We thank the court for recognising that nonmonetary contribution is indeed, a contribution to us who have been championing advocacies on issues of unpaid care and domestic work. We are more than thrilled to see this ruling come to pass,” Uganda Women’s Network programme co-ordinator Susan Achan said.

📌Police in Kyenjojo are holding a man for allegedly attacking and attempting to kill Kyenjojo Grade one Magistrate Babu Waiswa. According to ASP Vincent Twesige, the Rwenzori west region police spokesperson, Waiswa was attacked by an armed man not in uniform, as he was coming from Fort Portal where he resides.

📌A team of eight delegates from China have arrived in the country for the implementation of phase III of the South-South Co-operation (SSC) project meant to support livestock improvement programmes. The Ministry of Agriculture, Animal Industry and Fisheries made the revelation on Twitter today.

📌The Police are holding the Rakai District Engineer, Julius Ssentamu following his arrest by the State House Anti-corruption Unit, on the orders of the Minister for Presidency Milly Babalanda. The Engineer, who was picked from his office is wanted for alleged abuse of office and mismanagement of road funds worth Shs70 million.

📌Two people died on the spot while seven were rushed to Arua Regional Referral Hospital after their vehicle was involved in an accident yesterday. According to Eseru Paul, the Pakwach Resident District Commissioner, the incident happened at Got Afoyo Village along Pakwach- Nwooya Highway.

📌While at the ground breaking and site handover ceremony to the contractor, Pallisa District Education Officer revealed that Government is spearheading theconstruction of Akadot Seed Secondary School which will help more students to attain secondary school education. The RDC Pallisa also urged the contractor to do quality work and complete the project in the set timeline.

📌 According to Kigezi region police spokesperson ASP Elly Maate, police in Rukungiri is investigating circumstances surrounding the death of an unidentified female juvenile whose body was discovered decomposing,  wrapped in a sack at Nyarwanya village Burora parish, Nyarushanje sub county in Rukungiri district.

📌Police in Kabale District is investigating circumstances surrounding the death of Vincent Fita Batuma Seti Alias Fumbira, whose body was yesterday found along the road behind Country View Hotel near Kigongi central market Kabale,  with a bottle of rocket insecticide poison suspected to have been taken by the deceased. According to Kigezi Regional Police Spokesman ASP Elly Maate, the deceased had earlier taken the same poison, but people gave him milk. However, he kept saying that he will take it again when they are not seeing him so that he dies.

📌While at the ground breaking and site handover ceremony to the contractor, Pallisa District Education Officer said Government is spearheading the construction of Akadot Seed Secondary School which will help more students to attain secondary school education. The RDC Pallisa also urged the contractor to do quality work and complete the project in the set timeline.

📌 According to Kigezi region police spokesperson ASP Elly Maate, police in Rukungiri is investigating circumstances surrounding the death of an unidentified female juvenile whose body was discovered decomposing,  wrapped in a sack at Nyarwanya village Burora parish, Nyarushanje sub county in Rukungiri district.

📌According to DRC authorities, President William Ruto is expected in Kinshasa on Monday to discuss with his Congolese counterpart Felix Tshisekedi, about the growing tensions between Kinshasa and Kigali.

📌Paul Kagame has joined calls for the M23 to cease fire and withdraw from the areas it occupies. The information was given on Saturday by Uhuru Kenyatta, facilitator of the Community of East African States (EAC) for peace in eastern DRC. However, this is not the first time that Kigali has pledged to contribute to this de-escalation process. According to a statement from the Angolan authorities, a ceasefire was reached at a summit between Rwandan President Paul Kagame and his Congolese counterpart Felix Tshisekedi in July in Angola. However, M23 had rejected this ceasefire.

📌Air Tanzania has announced a temporary suspension of some of its services because of the ongoing technical problems with the Pratt  and Whitney engines on some of its Airbus A220s. The East African airline does not have a target date by which it hopes to resolve this issue, so half of its A220 fleet remains grounded.