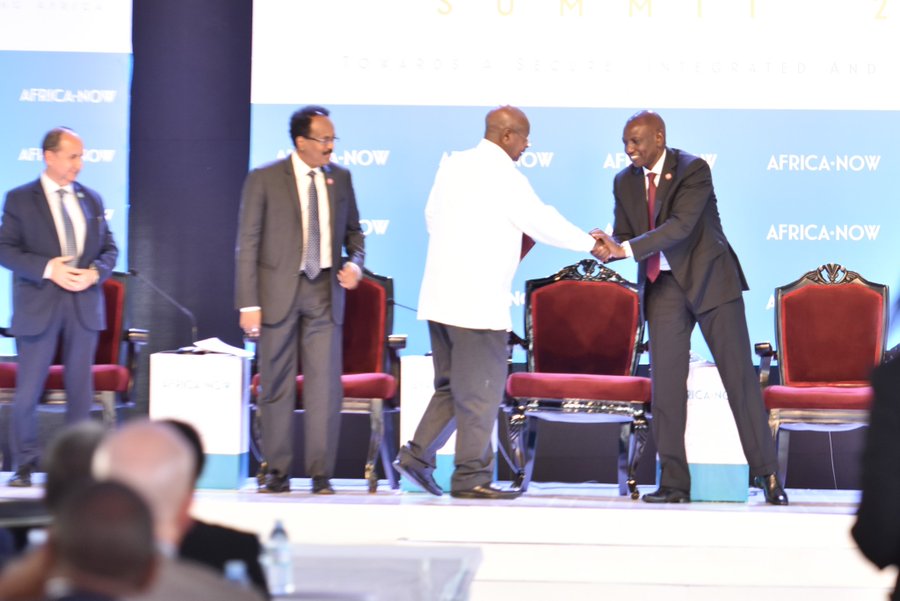 The more Africa grows, the more African leaders are realising that an integrated Africa is required to bring the much longer awaited transformation to Africa.

The global attention has once again shifted to Africa, a continent once plundered by colonial masters, left divided along physical boundaries, neglected but yet still attracts the attention of the so called super powers.

Although often called under developed, most rich nations are looking to Africa once more. What does Africa have to offer now?

Africa is a continent with the youngest population on earth; it is the fastest growing economy. Previously African leaders concentrated much on their own development, an neglected forming regional blocks which could have played a big role in steering development just like the case of the EU. Europe made much progress due to integration. Citizen could work in any country within Europe, good sold across Countries without barriers.

African leaders realize that an integrated Africa is key for transformation. Finding African solutions to Africa’s problems.  For long the heads of state have depended on solutions from outside of Africa which have not given a long lasting solution to the continuous problems in Africa of insecurity, youth unemployment, maternal and infant deaths and a myriad of diseases that plague the continent.

This was clear in the just accomplished  two day ‘Africa Now Summit 2019’ at spoke resort Munyonyo where several key note speakers across Africa were echoing the same message-Integrated Africa a requirement  to compete better on global markets.

United Nations population estimates put Africa’s growth at 1.3bn people as of 2018. This means Africa has the largest market potential, a great labour force that if strategically put to use could steer Africa to the fourth industrial revolution. Integration is beneficial for strengthening African markets because they have the potential to consume their own products. Strengthening local industries and using technology as a driver for improving agriculture, manufacturing and tourism sectors.  There is so much potential in Africa.

Working together as a people and not as individual states will give Africa a better hope. This was demonstrated largely at the summit, an initiative by the African Leadership Center,  a private youth focused initiative under the theme, ” towards a secure,  integrated and growing Africa” aimed at steering a process of dialogue, to get leaders committed to the African development agenda by setting the right priorities during their leadership tenure, focusing more on a better Africa than just a mere term of office. The two day dialogue summit hosted by H. E President Museveni is among the current efforts towards a better Africa.

This is an indicator that Africa is waking up.  Once you see youth intentionally paying attention and getting involved in dialogue and not just waiting for government to meet their needs,  then there is an awareness rising, a consensus being built which is far from individualistic and materialistic mindsets the youth normally display, but a more resilient and sustainable move. If Africa does not rise up to set the agenda on the global spaces, it will end up on the menu of the super powers.

This summit has been held in season when there has been a cold war between Uganda and Rwanda with the later closing its borders. However the key note speakers pointed out that this is not  a time to close borders highlighting East African federation and Africa integration at large.