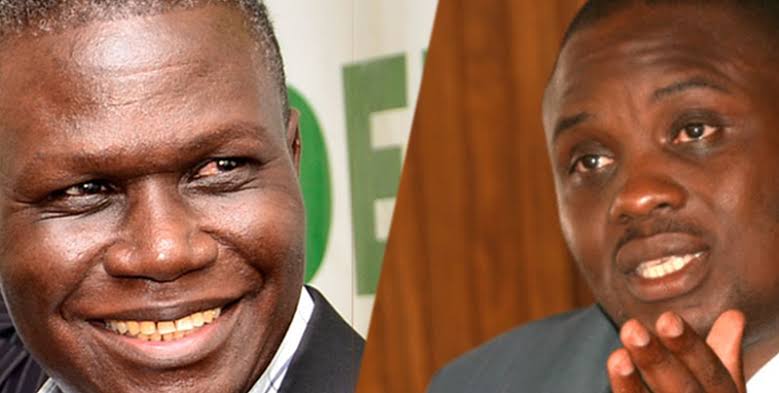 The Social Media exchange between Democratic Party President Nobert Mao and Kampala Mayor, Elias Lukwago has poured more cold water on the Oppositions efforts to create a united front ahead of the 2021 general elections.

The latest exchange from the two party leaders included low blows that would put a village drunk to shame if uttered, with lewd and vulgar descriptions of human anatomy.

The ugly spat between the two influential and learned members has also further drawn a sharp edge in the frailing party whose leadership has been mired with tribalism and nepotism allegations.

Other members of the party have also recently defected publicly to the people power pressure group including Muwanga Kivumbi and Betty Nambooze.

The party’s general secretary also hit back at his party’s compatriot while appearing on NBS Tv saying, “Dr Gerald Siranda to Muwanga Kivumbi: You do not have a rich history like some of us. You are nothing without the Democratic Party. What have you done in Butambala? You have never supported our president, Norbert Mao. You are suffering from arrivalism”.

Nobert Mao has for long accused DP members from Buganda region of trying to kick out of the party because he comes from the north and hence does not belong to the party.

This is yet another blow to efforts by different parties to unite the different opposition political parties to front single candidates in different constituencies ahead of the crucial vote early next year.