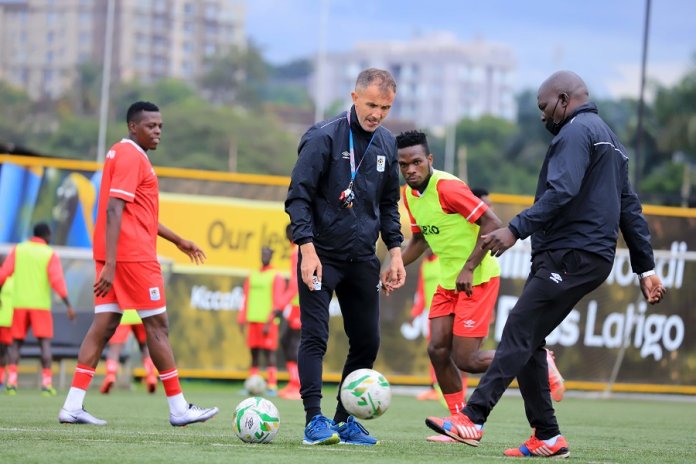 Uganda Cranes, the National Senior Men’s Football Team have been drawn in Group F in the qualifiers of the Total Energies 2023 Africa Cup of Nations.

In a draw held on Tuesday, 19th April 2022 in Johannesburg, Uganda Cranes is in the same group with North African giants Algeria, West African outfit Niger and neighbors Tanzania.

The qualifying matches will start in June this year with the fixtures and exact dates set to be announced at a later date.

The top two teams in the group will automatically qualify for the 2023 AFCON finals that will be held in Ivory coast.

This will be the 34th edition of the International Men’s Football Championship of Africa.

A total of 24 teams will qualify to play in the final tournament, including Ivory Coast who qualify automatically as hosts.

With the Last appearance at the tournament being 2019, Uganda Cranes has to better the 2019 champions Algeria, Tanzania and Niger inorder to go deeper in the tournament.

Coach Milutin Sredojevic aka Micho says he believes his charges are pooled in one of the toughest groups in the qualifying phase.

“The long wait is finally over. I personally believe we are in a competitive group and one of the strongest groups. Both Niger and Tanzania have had representatives in the group stages of the CAF Club competitions this season while Algeria were winners of Africa Cup of Nations in 2019 and recent winners of the FIFA Arab Cup,” he stated before adding, “Someone would look at Algeria as group favorites but in modern football there are no small teams because gaps in African football have been reduced.”

Micho is aware the three Nations pose different challenges and thus different approaches must be implemented.