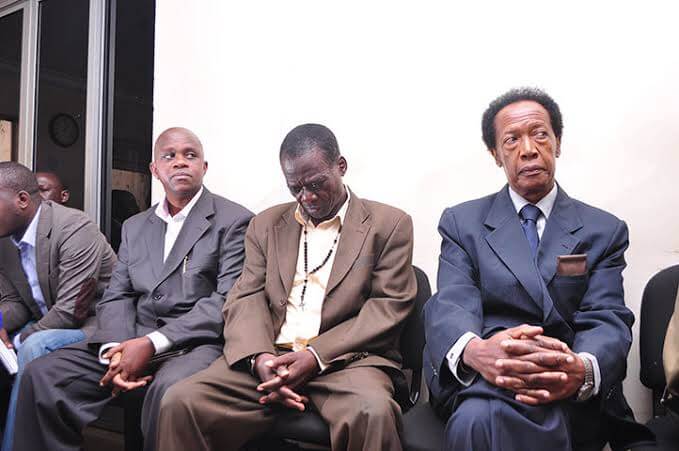 The Directorate of Public Prosecutions published a list of more than a hundred convicted corrupt government officials.

The officials which include the famous but annoying scandal that involved Jimmy Lwamafa ex- permanent secretary , Christopher Obey former accountant in the pensions department and former director for research and development ;have caused a loss of Shs 70b with only Shs 10b being recovered in the last ten years.

Publishing the list of convicted corrupt officials is an indication that the court is against corruption and tired of handling cases that are indication of moral degeneration of public servants.

This should be taken as a warning to the guilty parties which have not yet been discovered and those planning to commit the act.

The government led by the President has reignited the fire against corruption and as the public we should support him in the cause for a sustainable development.

Corruption these days has taken a shift and some people believe that one cannot have a good life without stealing.

Without looking at the mess that corruption causes to generations, people have taken on a trend of sugar courting the evil to call it names like chai, motivation, lunch, supper and all sorts of names to cover up the real act of theft.

In a publication by one patriotic public servant, he tells a story of how radios in 1962 were tied on poles in Kampala for people to follow the independence ceremony. Today, street lights are being stolen before they operate for a week.

Corruption is a real theft that affects masses and should not be left to become a normal culture in our Country.

The fight against corruption should not be left to government alone but we too ought to clear or families and our inter person relationships free from corruption tendencies.

Corruption hinders good governance at all levels. This is done through social engineering and creating networks that break the systems down.

At the very worst when a whistleblower comes out due to the level of a network of corruption agents, one is faced with a challenge of being wiped out which threatens good governance.  This leaves systems at mercy.

Therefore for the government to come out and start exposing corruption agents and supporting whistleblowers as provided for in the whistleblowers’ act is a step that needs to be upheld. Publishing of convicted corrupt officials should be a routine so that they cannot spread the deadly vice to the young generation.