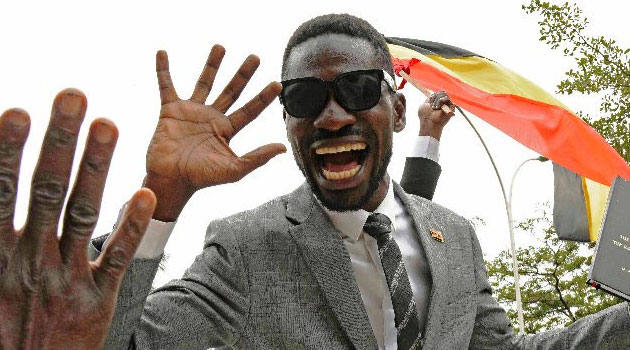 Uganda’s political scene welcomed the indefatigable Colonel Dr Kiiza Besigye in 2001, having fought alongside Commander Yoweri Museveni in the guerrilla war that brought the NRM Government to power.

Dr Besigye then diligently served in President Museveni’s new Government in different capacities until 2001 when he chose to contest against his master. He would later participate in four consecutive terms albeit in futility.

After the results were announced, opposition supporters in Kampala staged protests but were dispersed by anti- riot police.

The same day after results were announced, a pipe bomb exploded in downtown Kampala killing one woman; a similar explosion occurred on a minibus headed towards the capital injuring three people.

On 6th April, the Supreme Court rejected Besigye’s request to dismiss the poll by a vote of four to three, though the majority agreed that there had been electoral irregularities.

Kiiza Besigye warned that the country was ‘ripe for an Egypt-style revolt after Museveni’s more than two decades in power.’ The protesters didn’t believe in Besigye own claim of sparking a revolution.

The 2016 Presidential elections then brought a twist in the political atmosphere, with a new face in Hon. Amama Mbabazi, Uganda’s former Prime Minister and secretary General of NRM who formed an alliance, The Democratic Alliance (TDA) under the Go Forward pressure group except FDC’s Dr Kiiza Besigye who refused to back up Amama Mbabazi alleging he was sent by President Museveni to weaken the opposition.

FDC issued its own electoral results and one senior FDC official was quoted by Reuters saying that their statistics showed glaring discrepancies with the government’s figures.

Presidential candidate Kiiza Besigye again called upon his supporters to protest in an uprising similar to the Arab Spring.

With Robert Kyagulanyi aka Bobi Wine in the 2021 presidential race, many strategies have emerged. These include; self-kidnaps, provocation against security officers so as to cover them on camera, false allegations against security forces, intimidation of the supporters of the NRM to mention but a few.

This has been done as a strategy to influence European countries to pick interest in overthrowing the current Government and hand over Government to the Opposition through insurrection other than through the popular vote.

Hon. Robert Kyagulanyi aka Bobi Wine has always cried foul on his social media handles targeting his Western cronies who circulate falsehoods against the current regime.

OPPOSITION VIOLENCE NIPPED IN THE BUD

A lot of campaigns encouraging violence have since failed to yield results as always planned in the Opposition fraternity. The public chose to abstain and for those that ever started, anti-riot police came in handy to stop them.

For example, a call for locking down businesses was ignored by the public because businesses that belong to the Opposition strategists never closed for a single day and this would cause starvation amongst the families of the protesters.

Before the 14th January elections, the opportunistic Opposition staged protests in the Capital Kampala where many businesses lost their capital to looters amidst all sorts of violence by the hooligans who never listen to any voice of dissent. Women were undressed, cars broken into, handbags snatched, name it.

BOBI WINE RESORTS TO POLITICS OF BLACKMAIL FOR SYMPATHY

Bobi Wine then turned his guns on Media platforms that never declared him winner in their broadcasts. He shifted his guns to the Church, to the Mosques, to all religious leaders, then eventually to the Judiciary- the Supreme Court judges whom he threatened in case they did not rule in his favor before he announced that he would be withdrawing a case he lodged against President Museveni win – a sign of ignorance about the role of the Judicial Commission and qualifications necessary for one to be appointed to the panel of judges in the Supreme Court.

As events unfold, wait to see unknown panga-wielding men commonly identified as bijambiya group return to brutalize Ugandans, targeting women as it was after Dr Kiiza Besigye failed plans in the aftermath of his presidential bid.

As usual, Security will not relent to deal with whomever plans to disrupt the peace of Ugandans.