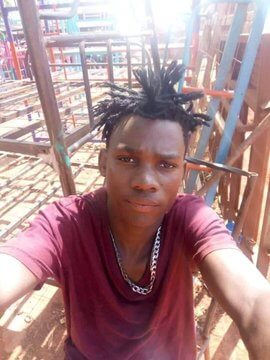 Ronald Segawa is a mobile phone thief operating on a motor cycle. Segawa escaped death by mob justice.
On the evening of 29th January 2021 (Friday), one Ssegawa Ronald aged 22 years, a resident of Bishop Mukwaya Village in Bwaise Kawempe Division and his colleague whose identity is yet to be established, escaped death by a mob in Kansanga in Makindye Division Kampala District. The two were moving on a motor cycle and attempted to snatch a mobile phone from a lady pedestrian.

According to an eye witness, when the lady sounded an alarm, it attracted residents in the vicinity who descended on the duo with stones, blows and kicks. Some angry boda boda riders used pliers on their fingers accusing the two of soiling their trade.

Fortunately, the area L.C.I Chairperson one Madam Christine Barya reacted by calling the Police at Kabalagala who responded by firing in the air that dispersed the crowd. They called for backup and a Police patrol car arrived at the scene.
Barya witnessed the incident as the two thugs tried to snatch the phone from the lady. Segawa was the one riding the motorcycle while carrying behind his colleague. The two were severely beaten and inflicted with a lot of bodily injuries. By the time Police arrived, Segawa’s colleague had died while Segawa was still alive.
The police picked Ssegawa and the body of the dead colleague from the scene to Mulago Referral Hospital and Mortuary for treatment and postmortem respectively. This incident was reported at Kabalagala on reference; SD/12/29/0121 at Kabalagala Police Division.

The source revealed that a one Nusifa Nakato a Kawempe Divion elect (NUP) approached Ssegawa’s mother a one Margret Musuwa from Bugerere and convinced her on how they were to make money from Ssegawa’s alleged torture incident.

Nusifa also posted her telephone numbers 0702588839, 0774155835 on social media requesting Ugandans in Diaspora for financial assistance in regard to the alleged torture of Segawa by government.
Nusifa later worked with Hon Robert Kyagulanyi and Hon. Francis Zaake to accuse government for kidnap, torture and dropping for dead Ronald Segawa whom they claimed was a NUP supporter. This was intended to undermine government and security agencies using the drone trademark coined against security forces.
According to Ms. Nalongo Namwanga Lukia, the Bwaise 1 Parish Woman Councilor to Kawempe Division Urban Council, Segawa Ronald was a strong FDC supporter and never a NUP.

Hon Robert Kyagulanyi has since relocated Ssegawa Ronald to Rubaga hospital for further treatment to further their political propaganda well knowing that Segawa is a common thief on Kampala streets snatching women’s bags, necklaces, phones and watches. Is this the new Uganda NUP is striving for? This case could explain the many cases of individuals purported by NUP to have been kidnapped by security and could not be accounted for. 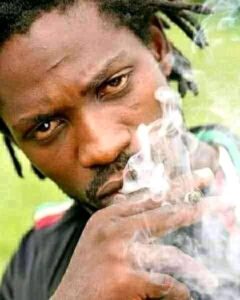 Ugandans in the Diaspora should take this as a lesson that they are being conned of their hard earned dollars by opportunists in Kampala who are taking advantage of every incident in Kampala to be political for exploitation and self enrichment.

Unfortunately, NUP leadership is possessed with the strategy to create hate and paint Uganda dirty with the hope that the Whites will come and hand over power to them without winning the genuine votes.