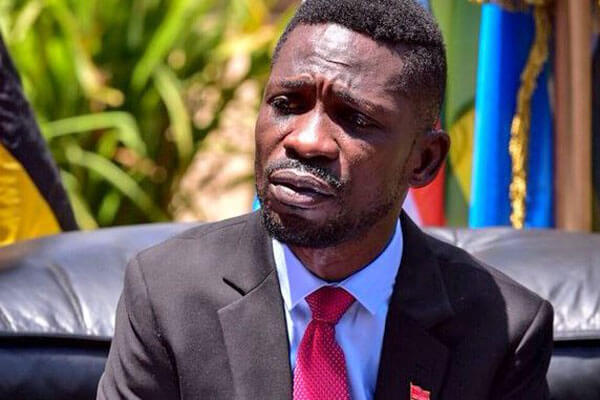 Musician turned Politician Robert Kyagulanyi admitted not being a potential presidential candidate during an interview with a German based media DW TV.

Answering to Christine Mhundwa the DW TV presenter of whether using his voice to rally young people for political change makes him a presidential candidate he declined.

He added that he is just gluing himself to the role.

During the interview that was aired on the TV on 5th August 2020, Bobi wine took on the use of misinformation to earn a sympathy vote from the diaspora by claiming that the Ugandan Government banned all his music from playing on all radio stations and televisions.

While expressing the need to hold rallies, the DW TV presenter asked him why he is worried of being forgotten by Ugandans he replied that his music was banned. “As a matter of fact, my music was banned for the last two years from playing on any radio stations and my voice completely banned from any station.” Bobi Wine replied.

It should be noted that Bobi Wine’s music is still playing on every Radio station in Uganda and he and the music has not been banned from air play as he claims, a thing that clearly shows that the sympathy and misrepresenting the image of Uganda is one of the tactics that Bobi wine uses to earn support.