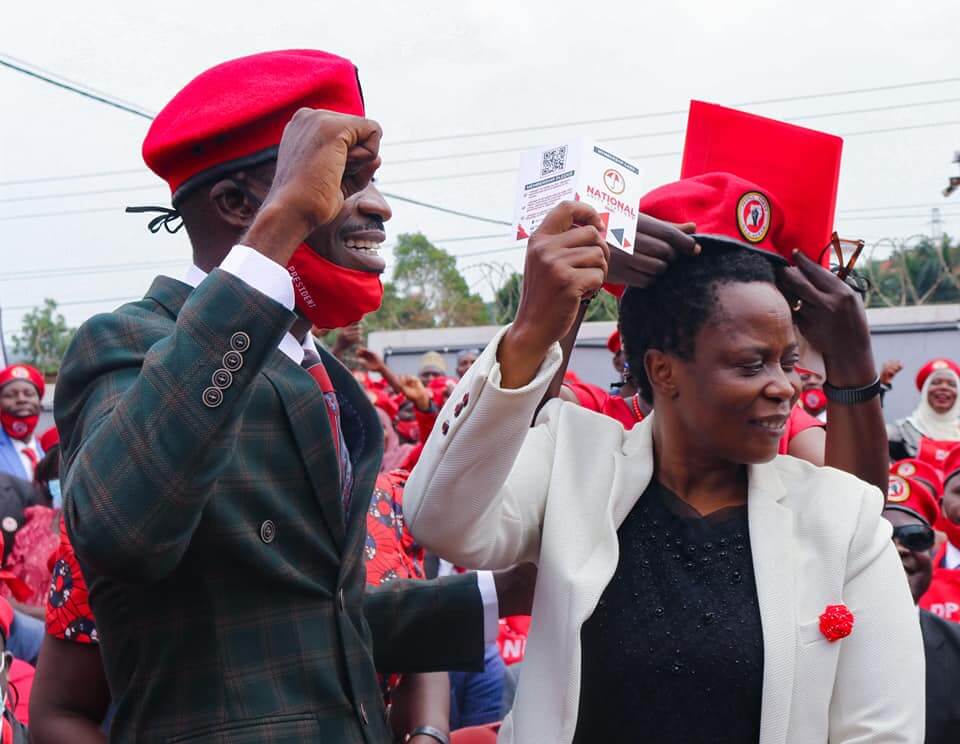 There are divisions in the National Unity Platform (NUP) over accusations and counter accusations by party members for clandestinely working with the ruling National Resistance Movement (NRM).

Among those accused is Mukono Municipality Member of Parliament, Hon. Betty Nambooze. Several NUP members have accused Nambooze of secretly working with NRM and President Yoweri Tibuhaburwa Museveni. They accuse her of trading NUP Secrets to some Government officials to fail their struggle.

For the past few weeks, Nambooze has been trolled by members of the party on social media which prompted her to seek the party president’s intervention.

She asked Hon Robert Kyagulanyi, the NUP President to reign on the party members who are making harmful accusations against her. However, Kyagulanyi told her that he cannot refrain party members from suspecting her since she is acting suspiciously.

Nambooze is a known political prostitute good at switching political parties and allegiance to political figures as long as the meal card is well spelt out for her to further her political career.

She was initially a member of NRM before joining Democratic Party (DP). While in DP, her allegiance was to FDC’s Kizza Besigye who was the popular opposition candidate especially in her constituency then, than her political party itself.

After Besigye losing popularity, Nambooze switched her allegiance to Kyagulanyi who was becoming more popular under the people power pressure group. Even though she was aligned to People Power, she remained a member of DP which prompted the DP president Norbert Mao to refer to her as a watermelon.

Basing on her traitorous history, Kyagulanyi told Nambooze to commit to actions that show she is indeed part of the struggle and loyal to NUP otherwise Ugandans will keep judging her.

This casts Nambooze’s huge hopes of becoming next leader of Opposition in the 11th parliament to the drain.