Besigye resurrects His Politics of Rhetoric, Intimidation and Radical Extremism 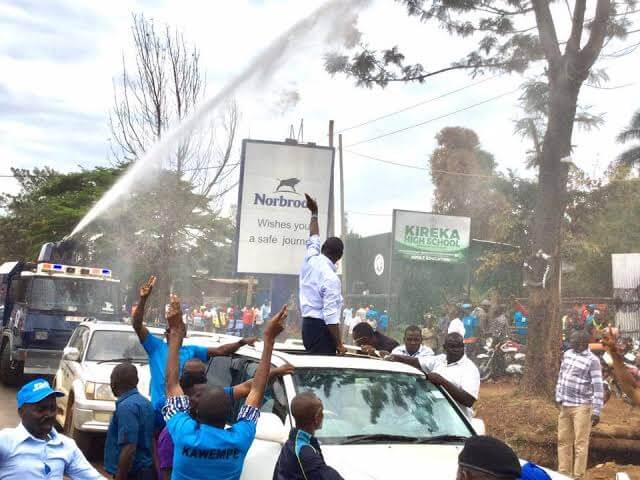 This was the first act of the “Twerwaneko” (let’s defend ourselves) campaign launched by Dr.Besigye on 24th October

Besigye is showcasing a pattern of political insanity that is questioning the sobriety of the retired Colonel within circles of the FDC.

This emerging trend has been characterized by a series of failed campaigns shaded with colorful rhetoric and Sloganeering for instance the walk to work protests, Tubalemese campaign of defiance, people’s government and lately the Twerwaneko campaign.

Rhetoric and political Sloganeering are designed to make Dr.Kizza Besigye remain relevant given his deficiency in providing concrete policy alternatives to the NRM government.

In 2018, Besigye launched the Tubalemese campaign of civil disobedience aimed at toppling President Museveni from power.

The Tubalemese campaign aimed to disrupt business enterprises in Uganda with planned attacks on petrol stations in major towns.

In February 2019, Besigye declared a year of action falsely prophesying a political tsunami which would flood the NRM government from power.

Besigye called for political action in Uganda to topple President Museveni before elections in February 2021.He went further to announce his self-proclaimed people’s government to reclaim his stolen victory of 2016.

Besigye is a greedy spoiler who has failed to unite the opposition yet unwilling to give way.

The retired Colonel is deluded and intoxicated with his greedy ambition to become president of Uganda with the utopian belief that once he capture the presidency, all the problems of Uganda will be solved by him alone.

Besigye owns an extremist radical faction in the FDC that is aligned to his personal ambition to become president of Uganda.

The retired Colonel maintains this clique of intolerant, anti-democratic hooligans who subscribe to the politics of intimidation, blackmail and lies to get their way. These saboteurs of progress are a threat to Ugandans and must be fought before they suffocate the nation.