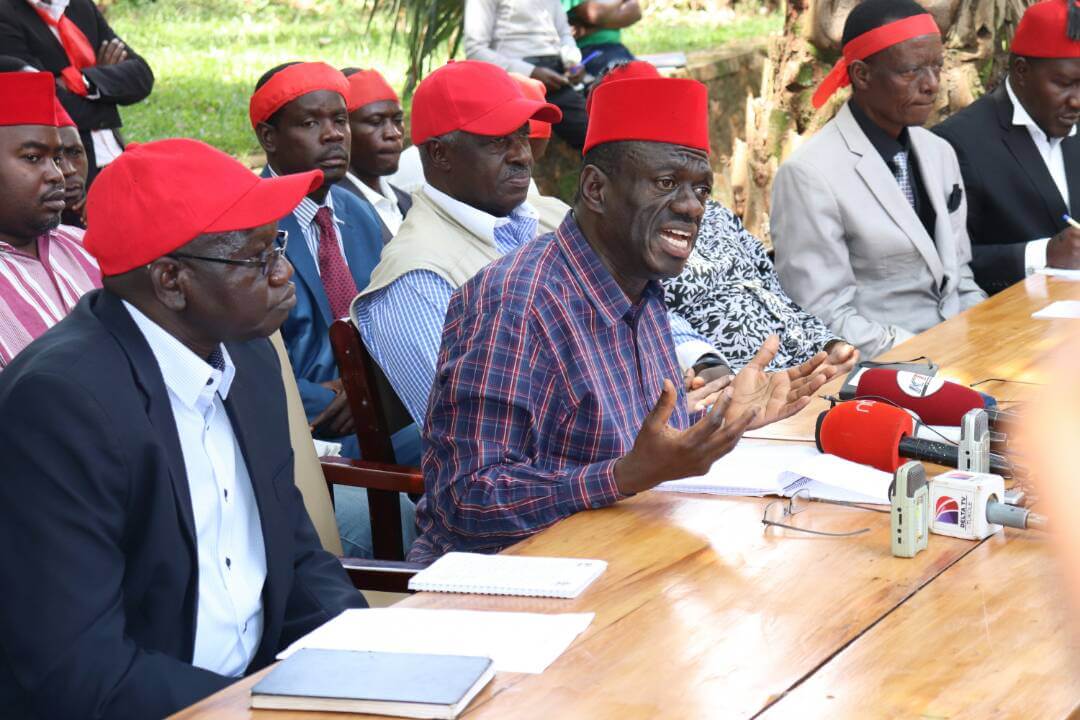 Former FDC President and Presidential candidate Kizza Besigye has lamented over the lack of support from Ugandans for his civil disobedience campaign.

The Perennial presidential election loser made the remarks after yet another failed attempt to have people march enmasse in protest of the government.

Kizza Besigye took the opportunity to criticize people who cheer him on whenever he is being arrested by police and security agents during his futile demonstrations.

According to him, these people should join him rather than watch on the sidelines. It has always been like this with Besigye. People who sympathize with are not fully convinced to join him in his matches and running battles with police.

Perhaps many see him as a form of entertainment which they have finally gotten tired of. He has served the same dish over the years and it just does not appeal to his audience.

Even the media, both international and local have taken more keen interest in his rival Bobi Wine who promises more of the same as Besigye.

However I believe that Besigye should take this opportunity reevaluate what he calls a struggle to free Ugandans and fight for democracy.

It would seem as though the chickens have come back to roost and he has come to the realization that his ideology and methods of work are flawed.

For one, besigye is a successful businessman and hence stands to lose nothing by wasting away whole days I’m riots and police cells.

Besigye has also most probably run his course with the emergence of new alternatives to his offering. People like Bobi Wine have copied his methods and doing exactly what he does and appeal more to his crowd than Besigye does.

Mugisha Muntu warned Besigye followers of this a while ago and he was dismissed as a mole.

Besigye needs to take this realization as a sign and heed to the advice of other commentators for him to rest his battle and handle over to others to continue the race.