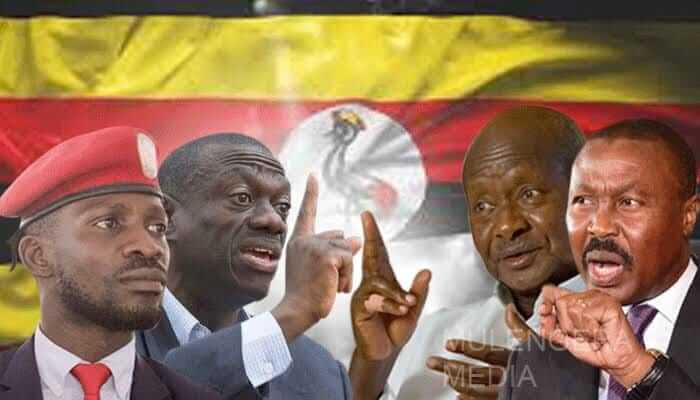 The people’s Government has kicked off its latest campaign to oust PRESIDENT MUSEVENI by banging saucepans and other utensils so hard, that they force him out of power.

The campaign that was only announced yesterday in a joint conference with people power got its first run today at their offices on Katonga Road.

Besigye led the campaign by blowing trumpets as other supporters hit the saucepans they had with. He said that he hoped this campaign would galvanize his support and turn angry citizens to his side come 2021 Elections.

The police however managed to break down the noise campaign at the venue and other groups of protesters hitting saucepans were later arrested in Makindye.

Bobi wine has on no legal ground dismissed announcements by the Electoral Commission that all campaigns shall be held on only media channels this election period.

The announcement by the EC doesn’t come as a surprise to any body owing to the fact that Uganda has been under a strict lock down for now three months to curtail the spread of the Corona Virus.

During this period a number of freedoms have been curtailed such as that of freedom of Assembly and Association with no legal challenges from any one.

Why does Bobi Wine feel that his freedoms to campaign publicly outweigh the health dangers and effects on the country?

Bobi Wine has always claimed to have the largest social media presence and this appears to be a blessing in disguise for him but the fact that he has dismissed this suggestion shows that he has not been truthful on this matter.

A closer look at his statement indicates that he has also started early campaigns by outlining his goals and reasons as to why he intends to stand.