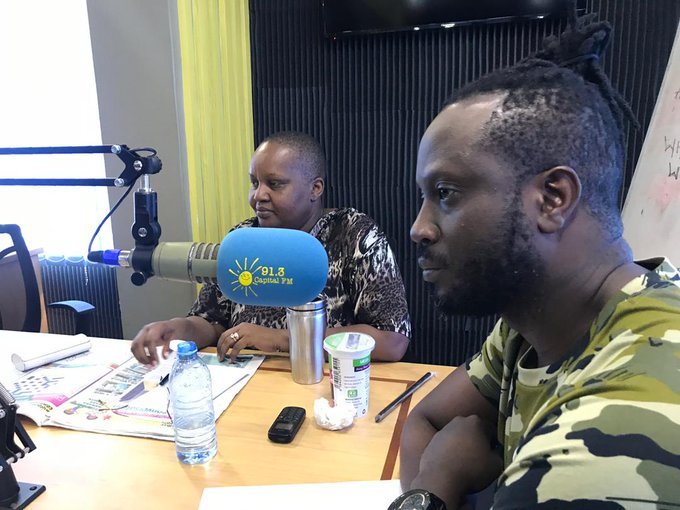 Reggae star Bebe Cool has hit out at Kampala city Lord Mayor, Elias Lukwago over the poor state of roads in the city. This came while the pair were appearing on the radio show “Capital Gang” on Saturday morning.

The musician blamed the mayor for involving him self in political fights rather than concentrating on development issues.

The star said,  “I think you need to to put more time in KCCA than politics with FDC. I want my mayor to fix roads. For all the time I have known the mayor he is either fighting with the president or someone else”.

Senior presidential advisor on political affairs Moses Byaruhanga was also less sympathetic on the issue saying that, “I stay in Buziga and our road is one of the worst, and Hon Lukwago, I only hear the Lord Mayor quarreling with a woman instead of telling us about Roads.”

Lydia Wanyoto also appearing on the show criticized the mayor saying, “We also have issues of maturity. Can the Lord mayor find a way of talking to supporters of your friends or people you support”.

An opposition faction in which the lord mayor subscribes to has been criticized by analysts for being radical and failing to offer peaceful alternative policy.

Bebe cool has recently shown a new political side of himself and recently got an arousing endorsement for his annual end of year concert from President Yoweri Museveni.

Could a political career launch be on the cards for the ” Mutima gwa Zaabu” initiative organizer?