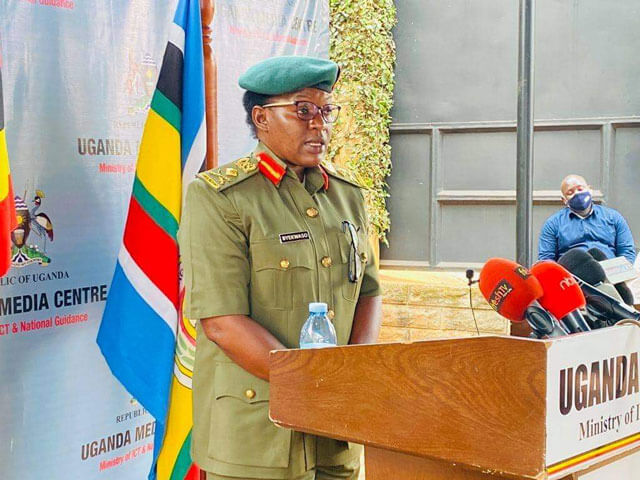 The operation code-named #OperationShuja started last week and a total of four ADF bases were completely dismantled in both air and artillery strikes.

On Wednesday, Dr Besigye while addressing press conference in Kampala asked government to abort the operation claiming it should be left for Congolese soldiers and UN Peace keepers to manage the pursuit against ADF terror group.

“You can’t use a hammer to kill a mosquito, the ADF will just attack while knowing they will die after all. This may put Uganda in more risky position than where we are now. Deployment of UPDF is in violation of our constitution, “Dr Besigye argued.

However, the government has described Dr Besigye’s media utterances as “attention seeking and desperate rant” to appease his foreign funders of whom majority are considered enemies of Uganda.

Brig Gen Flavia Byekwaso, the UPDF spokesperson described this assertion as unpatriotic and ruled out the possibility of UPDF to abort the operations.

“The UN has been in Congo for the last 20yeras.They have been watching ADF killing innocent lives, what have they done, which kind of UN is Col Besigye talking about? I’m always hesitant to comment on issues raised by Dr Besigye but he should know that withdrawing from Congo as of now is an unfair demand to Ugandans, “Brig Byekwaso warned.

She notes that UPDF is always on standby to attack any enemies destabilizing the stability in Uganda.

“So long as there is an enemy killing Ugandans, we know and we know where they are based, we shall attack them,” She added.

Kiwanuka Suubi, the Deputy Executive Director of Uganda Media Center wondered why some opposition politicians including Dr Besigye are glued to unpatriotic characters and often blind to national interest above political attachment.

The diplomats nodded in approval of the operation and promised to back it until the region is cleared of terrorists.