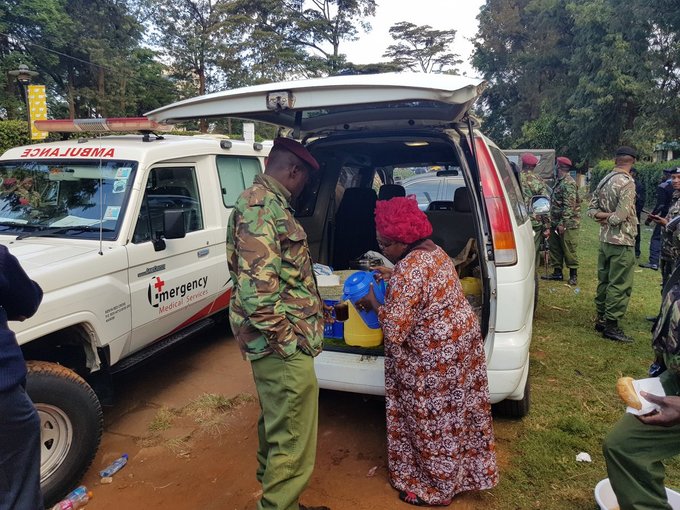 A group of armed insurgents attacked an upper city neighbourhood of Dusit, Nairobi on Tuesday afternoon killing revellers at the Hotel and office workers in the city complex. The shabab terrorist group spokesman claimed that the group was repsonsible for the attack calling it “an operation in the area” while speaking to a journalist from the Al Jazeera Tv network.

The attack which was preceeded by a loud bang at the entrance of the office complex gates and later shooting could be heard as the assilants  turned their guns towards the innocent civillians. Kenya security forces were quick to arrive at the scene and started exchanging gunfire with the armed insurgents while evacuating more people from the danger zone including students from the chiromo hostels.

In a statement released by the Kenyan President Uhuru Kenyatta in the aftermath of the attacks, he said,

“We are grieving as a country this morning and my heart and that of every Kenyan goes out to the innocent men and women violated by senseless violence . As of this moment we have a confirmation that 14 innocent lives were lost through the hands of these murderers / terrorists with others injured I can now confirm that as of about 1 hour ago, the security operation at #DusitHotel is over and all the terrorists eliminated.

I commend the civilians who took the time to look after one another. For every act of evil that led to injury yesterday, there were dozens of acts of compassion, overflowing patriotism and individual courage”.

The president also commended the emergency services that were quick to evacuate the injured saying, “I would like to commend the emergency crews in the hospitals and on site have worked around the clock and we commend them. I also take note of the Kenyans who took to social media to encourage one another “.

“In the coming days and weeks we shall continue in the never ending work of strengthening our systems We will seek out every person that was involved in the funding, planning and execution of this heinous act”.

The Kenyan President has now had to deal with the most terrorist attacks by a sitting President of Kenya with the worst being April 2, 2015, at Garissa University when al-Shabaab killed 148 people, then Westgate Mall, Sept. 21, 2013, where 71 people died.

All 6 attackers of Dusit are now dead @PoliceKE have confirmed. Of the 6, one died as a suicide bomber. The rest were neutralized after a fierce battle with police on 7th floor of Dusit hotel. Gun shots were still being heard on Wednesday morning.