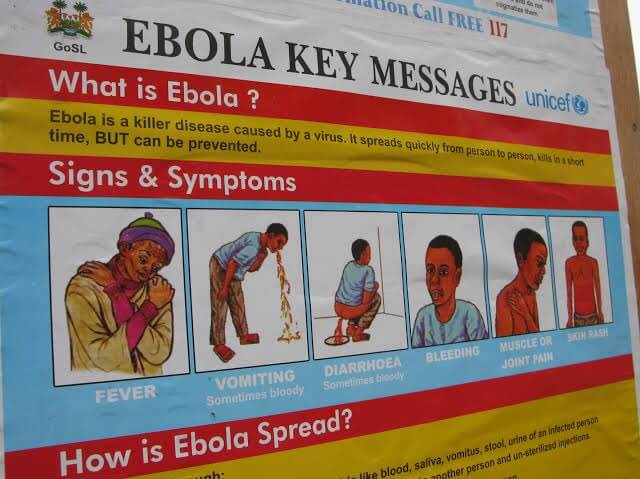 Guluddene Jjemba commonly known as the President General of traditional healers in Uganda advised his group to follow the Ministry of Health guidelines on Ebola, to be able to fight the virus. He also told them to embrace government programs like PDM in order to curb the poverty that’s in their families.

Guluddene said this while presiding over the election of a thirteen-member executive committee of traditional healers, for Kayabwe Town and Nkozi Sub-county at Nkozi Sub-county headquarters on 2nd November 2022.

The National Water and sewerage corporation (NWSC) boss Eng. Dr Silver Mugisha, has revealed that the corporation is going to grant amnesty to the people who were disconnected because of illegal water connections. Mugisha made the remarks while featuring on NBS TV’s Morning Breeze as he gave more light on activities NWSC intends to undertake as it celebrates 50 years of existence.

President Yoweri Museveni, who is also the Commander-in-Chief of Uganda Peoples’ Defense Forces (UPDF), has appointed Lt. Gen. Sam Okiding as the Force Commander of African Union Transition Mission in Somalia (ATMIS). Okiding was also promoted from the rank of Major General to the rank of Lieutenant General. He has previously served as the Commander Field Artillery Division in Masindi.

The Deputy Chief of Defense Forces, Lt. Gen. Peter Elwelu yesterday met representatives from the European Union headed by Charles Stuart, the Senior Advisor to the EUs Foreign Service on emerging threats in the great lakes, Horn of Africa and western Indian Ocean, at the Ministry of Defense and Veteran Affairs (MODVA) headquarters  in MBA.  They discussed a range of security issues especially African Union Transition Mission in Somalia (ATMIS) operations and in the Democratic Republic of Congo.

The Uganda Traffic Police Spokesperson Faridah Nampiima confirmed that a Law Development Center student identified as Jalia Nakiboneka died after the motorcycle she was traveling on got involved in an accident on Thursday at Makerere Kavule road in Kawempe Division. Nampiima said that Nakiboneka, who was on a Boda-boda crashed to death when the rider who was carrying her attempted to overtake a vehicle, but in the process, the motorcycle was hit by a truck.

Legislators from different committees asked the government to allocate more funds for disaster preparedness to ensure the issue of climate change is prioritized so that loss of lives is averted.  This was during an engagement between MPs and Uganda Red Cross Society, Uganda National Meteorological Authority, Office of the Prime Minister and World Food Program on anticipatory action on climate change.

State Minister for Higher Education, John Chrysestom Muyingo said that it is appalling that some sections of the public are against the move by government to ensure girls who got pregnant during the Covid lockdown and any other teenage mothers continue with studies. He said this while speaking during the opening ceremony of the two day National Safe to Learn Symposium at Speke Resort Hotel Munyonyo in Kampala.

Ugandans have turned up in huge numbers at the ongoing cardiac camp at Kisubi Hospital to be examined and assessed for various heart complications and treatment. Speaking to the media on Wednesday, Kisubi Hospital managing director, Dr. Robert Asaba revealed that they are in partnership with MGM HealthCare in India and that the five-day health camp which began on 31st October is running till today, 04th November 2022.

Muyingo made the call to make Ggaba National Seminary an all-inclusive educational institution during the seminary’s silver jubilee lecture in Makindye division recently.

During the council meeting at the district hall, James Olobo, a representative for Kioga North County in Amolatar district asked the district councilors to educate fishermen around Lake Kyoga about the rules established by the government on fishing.

According to Olobo, it is the district councilors’ responsibility as stakeholders to ensure that the fishing community is made aware of issues. He claimed that the laws were in place and that Amolatar couldn’t possibly function independently of them.

The Principle PRO of UNEB has rejected the information circulating on social media that the 2022 Primary Leaving Examinations were leaked. Jenifer Kalule Musamba warned against any involvement in examination malpractice and told the public to use toll-free number (0800-11-427 or 0800-211-077) to report such cases.

A classroom teacher at Green Power Nursery and Primary School in Isule village, Maliba Sub County  is on run after defiling and inpregnating an eleven year old primary four Pupil. Ms. Ruth Labongo, the Community development officer (CDO) explained that the embattled teacher whose name was withheld defiled the minor during an overnight prayer in Maliba sub-county. Labongo who called for cautiousness and professionalism among teachers asked authorities and local community to provide information about the suspect such that he can be arrested.

The penalty issued to Abel Edyelu, 24, who was prosecuted for torturing a kid known as Douglas Edyelu, age twelve and causing aggravated harm has pleased the District Criminal Investigations Directorate, because a man they had been hunting for so long, has finally gotten his punishment.

South African police are investigating the discovery of at least 21 bodies of suspected illegal miners, found near an active mine in the town of Krugersdorp, west of Johannesburg.

According to police, 19 bodies were recovered on Wednesday afternoon and two more were found on Thursday morning. Police said they suspect that the bodies were moved to the location where they were found, which is a privately-owned mine.

The United States believe China and Russia have leverage they can use to persuade North Korea not to resume nuclear bomb testing.

German Chancellor Olaf Scholz has met with Chinese President Xi Jinping to focus on boosting economic ties with China today. This is the first visit by a leader of the Group of Seven (G7) nations to China in three years.

This has led to criticism of his apparent desire to strike deals with a nation growing more authoritarian under President Xi.

Amnesty International released a new report yesterday calling on suppliers of aviation fuel to suspend shipments to Myanmar to prevent the military government from using such supplies to conduct air attacks on civilian targets.

The report reads that shipments sent for civilian aircraft usage are being diverted to the military, whose air force has been linked to war crimes.

Pope Francis on Thursday arrived in Bahrain on his first trip to the Gulf nation, calling for an end to discrimination and human rights violations. The Shia Muslim opposition and rights groups accuse the Sunni monarchy of overseeing human rights abuses.

The pope said that it is vital that fundamental human rights are not violated but promoted.