Below are the countries that have been affected most by Ebola;

Ministry of Education and Sports wishes to inform the public that Ministry of Health considered and approved to reduce 3rd term by 2 Weeks to decongest Schools that are likely to increase vulnerability of Children to EVD infections. Closing schools earlier by 25th November 2022 will reduce areas of concentration where children are in daily close contact with fellow children, teachers and other Staff who spread the Virus.

Health Minister, Dr. Jane Ruth Aceng noted that government plans to introduce Hepatitis B Birth Dose and Malaria Vaccines. She said this while speaking at a half day Public Lecture at Makerere University, where Dr. Seth Berkeley, the Chief Executive at GAVI provided a keynote address on the Power of Science and Vaccines.

Mr. Peter Abraham Lokii, the Jie County Members of Parliament have demanded an immediate transfer of more than 300 suspected Karimojong cattle rustlers, who are incarcerated in Gulu prison, back to Kotido. The suspected rustlers were arrested on 17th September 2022 and taken to Kitgum, Agago and Pader districts before they were transferred earlier this month to Gulu prison.

Majaliwa Jackson, a fisherman who was one of the first responders at the plane crash site on sunday has been officially declared a hero, awarded 1 million Tanzanian shillings ($430; £370), and offered a job in the fire and rescue brigade for his efforts.

Wakiso Chief Magistrate’s court has issued a warrant of arrest against Paul Owor, one of the former candidates for Busiro South parliamentary elections over failure to pay election costs amounting to Shs13 million. John Kaggwa, chief magistrate ordered that Owor be immediately arrested by police and taken to a civil prison,𝐥.

Mr. Gilbert Okello, a Senior Economist in the office of the President stated that officials from State House are in a countrywide assessment of the Parish Development Model (PDM) progress whose implementation seems to be delaying at the local administrative units (Districts), Municipalities and cities.

The Ministry of Education and Sports has given schools both private and government a period of one month to implement the Education Management Information System (EMIS) or risk-facing punitive measures like suspension of the capitation grants, revocation of licenses  after the deadline on 19th December 2022.

The Judicial Service Commission, the agency that recruits, remunerate, and disciplines judicial officials up to grade one magistrate revealed that Government is seeking to recruit 122 senior judicial officers including 11 judges,27 registrars, deputies, and assistants to boost capacity for fast-tracking justice administration countrywide.

Uganda’s Ambassador to China, Oliver Wonekha made a case for Uganda as the best and profitable investment destination, asking investors to set up business in the various sectors of the economy. This waa during an investment, trade and tourism promotion conference in Shandong in the celebration of 60 years of diplomatic relations between Uganda and China today.

The First Deputy Prime Minister and Minister for East African Community Affairs, Hon. Rebecca Kadaga, who was represented by the Minister for Foreign Affairs in charge of regional affairs, John Mulimba revealed that religious leaders have a critical role of preaching the gospel of East African integration among their followers. This was during a sensitization meeting with the Inter-Religious Council of Uganda on East African integration held at Hotel Africana in Kampala.

According to SCP Enanga Fred, the police spokesperson, Ogadia John Robert, 22, a resident of SAPIR village, Kangodo parish, Kyere Sub County in Serere district has been arrested and charged in court for sodomising his own 19 months old son.

While presiding over the distribution of palm oil seedlings to farmers at Rukarara Soap factory in Kihembe,  Ambrose Mwesigye, the district RDC implored palm oil farmers to take good care of the crop because it is now being supported by the government. Mwesigye called for the streamlining of the leadership structures at the factory so that the efforts put in by government to promote palm oil growing in Kanungu district do not go to waste.

According to CAO Bukedea, all Sub-County Chiefs, CDOs, Extension Workers and Parish Chiefs will attend a one-day Training in PDM Implementation. This is according to a letter dated 8th November 2022, where the CAO wrote to Senior Assistant Secretaries and Town Clerks in Bukedea District.

Katakwi District Environment Officer Okello Simon, revealed that his office started mapping wetlands in the District on 8th November 2022. He said this during a meeting with residents of Agule, Kelim B, Osongai and Akoboi villages in Orimai Parish, Kapujan Sub-county bordering with a gazated wetland. Other leaders in the meeting included the RDC, District chairperson, environmental officials, Kapujan Sub-county leaders among others.

Residents in Ojilai parish said, Ojilai Sub-county chief warned residents over encroachment on Mutukula-Ligaga wetland. He said this during a sensitization workshop on the Presidential directive on preserving wetlands at Ojilai parish hall. He gave an ultimatum to residents farming in Mutukula-Ligaga wetland to vacate before the end of January 2022.

The United States has announced charges against a total of seven Haitian gang leaders for their alleged involvement in the kidnappings of US citizens.

The US Department of Justice said on Monday that it charged three Haitian citizens with “conspiracy to commit hostage taking and hostage taking” for their roles in the abduction of a group of Christian missionaries near Port-au-Prince last year.

North Korea on Tuesday dismissed claims by the United States that it is covertly shipping weapons to Russia for its war in Ukraine, saying that it had never sold arms to Moscow and had no plans to do so.

The Greece spokesman, Giannis Oikonomou yesterday revealed that Government will introduce a bill to ban the sale of spyware following media reports of a state-sponsored phone-tapping scandal that targeted at least 30 people, including politicians and business people.

A self-proclaimed white supremacist, who killed 51 Muslim worshippers at two Christchurch mosques in March 2019 has filed an appeal against his conviction and whole-life sentence.

The spokesperson for the Court of Appeal said that no date for the hearing has been set in the capital Wellington.

Police in the Philippines on Monday, charged the country’s prisons chief, Gerald Bantag, and a number of others for ordering the killing of prominent radio journalist Percival Mabasa.

The charges were filed against Bureau of Corrections chief Gerald Bantag, prisons security official Ricardo Zulueta and other suspects in the 3rd October 2022 fatal shooting. 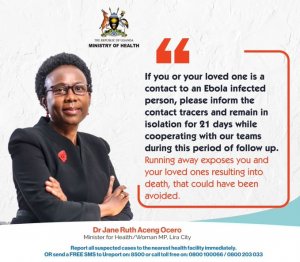